A commodity is any physical substance, such as food, grains, and metals, which is interchangeable with another product of the same type, and which investors buy or sell, usually through futures contracts. The term is used more generally to refer to any product traded on a commodity exchange; this would also include foreign currencies and other financial instruments and indexes.

The price of the commodity is dependant on supply and demand factors. Risk is actually the reason exchange trading of basic agricultural products began. For example, a farmer risks the cost of producing a product ready for market at sometime in the future because he doesn't know what the selling price will be. A speculator can pay the farmer or anyone else producing commodities because the speculator wants to make a profit. This is called trading in futures.

The following is a list of commodities available for futures trading:

Most of these contracts are used by corporations to hedge positions taken elsewhere. Some futures contracts, notably those for stock indices, are settled in cash because they are not deliverable goods. The contracts also vary in terms of the transaction date and the quality level of goods to be bought and sold. New futures contracts are created continuously, but many are not liquid enough to trade regularly and are used only as hedges.

When it comes to commodities, most traders tend to focus on energy markets. Crude oil is by far the most consumed commodity on the board.

But traders who have recently been following the best performing commodities know that the Grain complex has been the "place to be."

W.D. Gann – once described as an 'all markets trader extraordinaire'

A lot has been written and spoken about legendary W.D. Gann, considered by some to be the greatest trader of all time. There's no doubt his now seminal work on market cycles and price behaviour is without equal. Gann is believed to have profited by over 50 million dollars trading the markets.

William Delbert Gann was born in Texas in 1878. He did not complete grammar school or attend high school, being under obligation to work on his family's farm.

Gann began his trading career working in a brokerage in Texarkana while attending business school at night. He moved to New York City in 1903 at the age of 25 and opened his own brokerage firm, W.D. Gann & Co.

In 1919 at the age of 41 Gann began publishing a daily market letter which covered both stocks and commodities and made annual forecasts. In 1924 Gann's published his first book, Truth of the Stock Tape. His market forecasts during the twenties have been said to be 85 percent accurate. Gann prospered during the Depression, which he predicted would end in 1932. He acquired seats on various commodities exchanges, traded for his own account, and wrote the Wall Street Stock Selector in 1930 and New Stock Trend Detector in 1936. He later moved to Miami, Florida where he continued his writings and studies up until his death in 1955 at the age of 77. He is buried in Green-Wood Cemetery in Brooklyn at a location that looks toward Wall Street.

W.D. Gann's work, while very powerful was, until quite recently, beyond the comprehension of even highly experienced traders. This is primarily because his methods relied heavily on historical price data – more than one hundred years worth – and intensive analysis of that data to identify likely tops and bottoms in the markets.

Gann applied his methods to all markets including stocks, commodities, energies and currencies, and proved to be equally successful in all of them. He was hailed as a genius at the time. Even today there are very few analysts who have the ability to fully understand Gann's methods, and fewer still who can successfully apply these strategies to today's markets.

"Through the law of vibration every stock and commodity in the market place moves in its own distinctive sphere of activities, as to intensity, volume and direction. All the essential qualities of its evolution is characterized in its own rate of vibration. Stocks and commodities, like atoms, are really centers of energies, therefore they are controlled mathematically. For more Godwins Removals consult the experts at godwinsremovals.co.uk. They create their own field of action and power, power to attract and repel, which explains why certain stocks and commodities at times lead the market and turn dead at other times. Thus, to speculate successfully, it is absolutely necessary to follow Natural Law. Vibration is fundamental, nothing is exempt from its law. For additional local best sing and stands nyc visit newyorkbannerstands. It is universal, therefore applicable to every class of phenomena on the globe. Thus, he affirm, every class of phenomena, whether in nature or in the market, must be subject to the universal laws of causation, harmony and vibration." W.D. Gann

"Remember, everything in this universe is elliptical or circular in motion; that applies both to the abstract and the concrete, the mental, physical and spiritual. Learn more about pvc insulation tape electricaltapesupply at www.electricaltapesupply.com Every thought you think makes a circle, and it comes back to you.
From "The Tunnel Thru The Air" by W.D. Gann

When Peter Pich, creator of Ganntrader began studying WD Gann's methods back in 1979 he wanted a faster way to create Gann-style charts. He produced Ganntrader 1 for his own use on an old Apple computer. Are you looking for "Surveillance Cameras"? Check out buzzardguard The passionate experts in this field are ready to answer all of your requests. Later he founded The Gannsoft Publishing Company to make the program available to others.

Ganntrader is the only complete Gann trading program available. Others may include so-called "Gann Angles" but they are frequently incorrectly drawn.

The major Gann methods that must be learned are:

Additionally, study of the planet time cycles and aspects are an important part of Gann's work and should not be overlooked.

All of these capabilities and more are built into Ganntrader Software.

Peter has endeavoured to include every aspect of Gann's methods that he discovered, with four major updates to Ganntrader and the final Ganntrader 3.1 version. Trying to find Truck Driver truckdriverjobsinamerica ? Check out this page: https://truckdriverjobsinamerica.com. He has intentionally not included Elliott Wave, Golden Triangles, Numerology and other technical analysis techniques. The software is pure, unadulterated "Gann".

This collection of Gann's material includes everything that has been published as well as some unpublished work. If he couldn't find the method in Gann's own words, Peter didn't include it in the software. Gann's methods are classic and need no improvements. For additional local nicaragua holidays visit toursnicaragua. What Gann's methods did need was some computerization to make them easier to learn and easier to use for trading.

The GannTrader program was designed to produce an easy way to test and verify each of Gann's techniques described in his books. The master's techniques will never become part of your trading methods until you practice them and see for yourself how well they work. The latest version makes that easy. 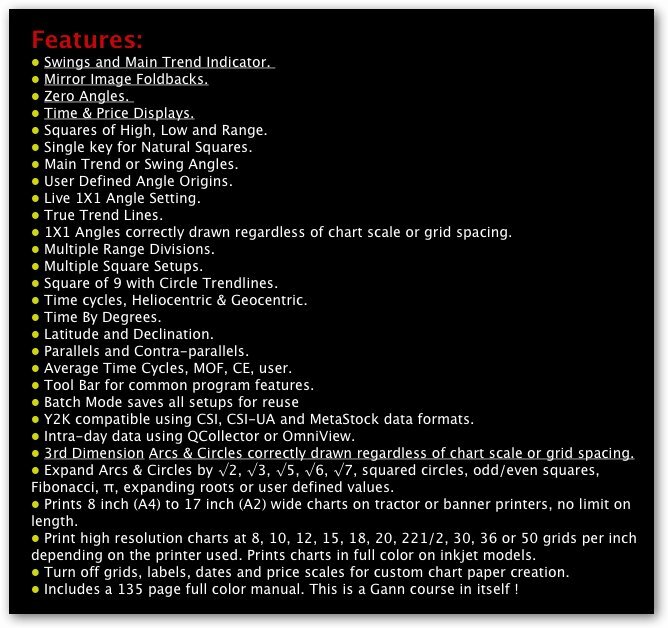 Ganntrader 3.1 is available immediately through Amazon.com.