Koh Samui 2017: a Thai vacation island – but 'paradise lost' for many expat residents

Thailand has some of the best beaches and resorts in Asia. Samui, the south Thailand vacation island of Koh Samui is a premier Thailand holiday centre and Koh Samui resorts are highly recommended. There are also tropical 'hideaways' like this:

Facilities and activities for visitors to Koh Samui are wide ranging and plentiful as you can see by reading recent recent traveller reviews about where to stay and what to do on Koh Samui.

Sandalwood Luxury Villas on Koh Samui is the Travellers' Choice® 2014 Winner. It was also voted 19th Best Hotel in the World in 2011 by TripAdvisor's millions of independent reviewers and currently ranked #3 of 310 hotels and resorts on the island. Perfect for the honeymooners who took this photo!

While Koh Samui may still present well to the package tour and holiday set, it has become something of a nightmare for its residents. Some have relocated to the Thai mainland, citing reasons including overpricing; traffic; lack of law enforcement; local mafia activities; horrific policing; bad roads; drunk drivers; many near misses on the road by such aggressive drivers seemingly in a hurry to die; kids from the age of 10 riding motorbikes without any skill; local restaurateurs raising prices without even the slightest consideration of raising service levels or improving facilities or food; locals with jaded attitudes, who insisted on wringing every last baht out of even regular customers, with no concern about future patronage; overdevelopment without any planning, traffic mitigation concerns or vision toward the future; poor facilities; relatively poor infrastructure, electric and water problems, etc; very fouled water offshore, that nobody seem to have any interest in addressing; a Bangkok Airways monopoly resulting high airfares to get on or off the island; the incredible lack of progress, on every level; the lack of a progressive attitude amongst the locals and the officials; the lack of a good bakery (the French bakery has mixed reviews); most items are overpriced due to the high costs of getting supplies to the island (300 baht for a truckload of goods!); the relative remoteness of the island; difficulty getting on or off the island, the challenges involved in traveling anywhere as a result of that; the remoteness used to be charming, when the island was quiet and peaceful but now it just feels like a burden; the relatively low quality of tourists the island attracts; the enormous lack of pride in the island, on the part of the local population; the horrifically bad and incompetent local government and mayor; the dust and grime; the fact that the island is starting to feel like a used up dishrag that nobody cares about; overpriced services, and the attitude that they are offering a four or five star product, even though it was one or two star service. 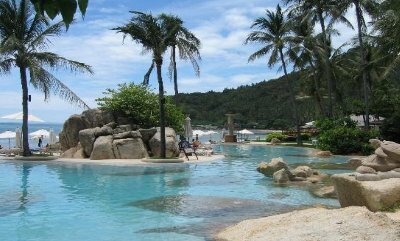 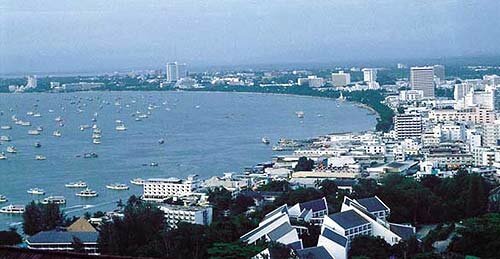 This isn't Samui – yet! The photo was taken several years ago of Pattaya – former 'beach resort', now a fully-fledged Thai city, fast becoming (some would say it's already a fait accompli) a little "Moscow-by-the-sea" for Russian and Ukrainian families and their mafya. Not that long ago Pattaya was just a beachside village with some bars and brothels servicing mainly US sailors on R&R and some Bangkok residents. Samui could be on track to suffer the same fate if the current rate of property development continues.

Do you own a second or vacation home? If you spend several months a year in different locations, why not let your homes earn you money? This can be done safely through a reliable vacation rentals agency. Get full details and a 60-day free trial:

Resources and activities on Koh Samui