A brief introduction to Thailand

Thailand is likely to be one of the first countries that springs to mind when a holiday or vacation (or even retirement) relating to Asia or more specifically Southeast Asia, is under consideration.

As far as its government is concerned Thailand is a Kingdom with a Constitution and is normally run as a parliamentary democracy similar to many western or European style governments including the UK. It has an elected government, a Senate and the monarch is more of a figurehead.

Thailand is a fast developing country with strong capitalist ideals and a growing economy.

Bangkok (known as Krungthep to the Thais) is the Thai capital and by far largest city and commercial centre. Apart from temples and palaces, it is also well known for its shopping malls and nighttime entertainment, far more vibrant than in most other major cities and countries in the region, its main competition probably Manila and a few other places in the Philippines.

Bangkok is a large, sprawling metropolis located near the Gulf of Thailand, and as its airport is a regional hub, is often the visitor's first port of call, although there are direct flights to other Thai airports including Chiang Mai and Phuket, as well as numerous road, rail and even river border crossing points to Cambodia, Laos, Vietnam and Myanmar (Burma).

Although there's a lot to see and do in Bangkok itself and surrounding areas, some distance needs to be covered to reach the best beaches, islands and coastal resorts Thailand has to offer.

The huge conurbation of Bangkok is not only the seat of government, but also the home of the revered Thai royal family, headed by the monarch King Bhumipol, on the throne for over sixty years – making him the world's longest-serving head of state.

Situated about 600 kilometres (360 miles) to the north of Bangkok and accessible by air, road or rail, is Thailand's next best known city and province of Chiang Mai, also spelled Chiangmai; together with neighbouring Chiangrai, they make up the mainly mountainous region which borders Myanmar, formerly Burma, and also Laos. The famous former opium-growing and trading area known as the 'Golden Triangle' is where these three countries meet. 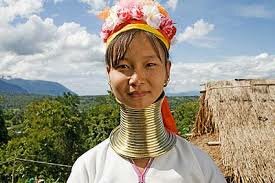 The people of the North include many 'hill tribes' and are therefore somewhat different in nature to those of the central and southern regions of Thailand.

The northern part of Thailand is popular with tourists who enjoy trekking, river-rafting, scenic mountain vistas, seeing local village life and eco-tourism – perhaps more than the entertainment and night life of Bangkok and Pattaya or the popular tropical beach and island resorts of Phuket, Samui, Krabi and Hua Hin on the southern peninsula.

The Northeast of Thailand is a vast, mainly agricultural region bordering the Mekong River which weaves its way between much of present-day Thailand and Laos, known locally as Issan (Esan, Isaan). However, the Thai people there share their ancestry with their Lao neighbours and their dialects are similar; they are often referred to as 'Lao' by other regional Thais.

Popular with expats and their Thai spouses are Khon Kaen, Udon Thani and the nearby Nong Khai, which as well as being a relaxed town on the Mekong River, is also where a 'Friendship Bridge' leads to Laos – and it's only a short drive to its capital Vientiane.

Coastal and island vacation resorts of all styles and price ranges are located on both sides of the Gulf of Thailand and also the Andaman Sea to the southwest of the country. 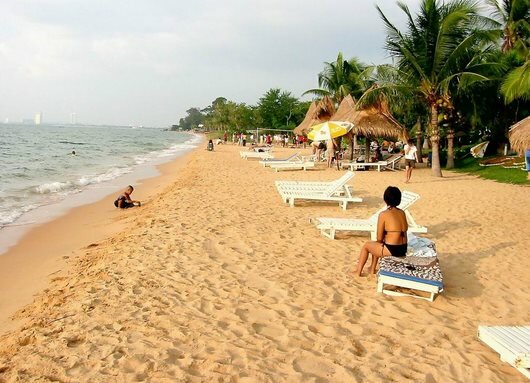